Delivering successful conservation across iconic wilderness landscapes for all flora, fauna and hydrology
planning for A sustainable future

The North Luangwa Conservation Programme (NLCP) is a partnership between the Frankfurt Zoological Society (FZS) and the ZambianDepartment of National Parks and Wildlife (DNPW) to conserve the North Luangwa National Park and its adjoining Game Management Areas: 22,000 km² of pristine wilderness of the North Luangwa ecosystem. NLCP delivers hands-on and effective conservation through an 'ecosystem approach' focusing on wild lands, wildlife and sustainable development for nearby communities

Our focus areas include: 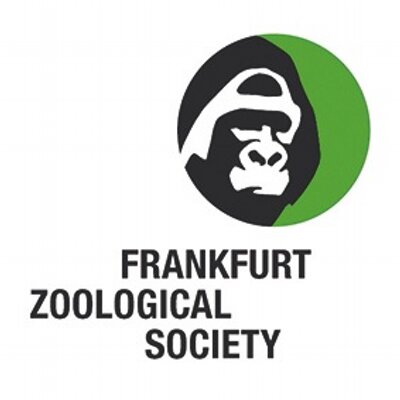 At the heart of conservation lies the principle that if endangered (key flagship) species, like elephants and rhinos can be protected then all other species and habitats will benefit. NLCP supports the conservation and management (including reintroductions where necessary) of endangered species that are critical to the biodiversity of the North Luangwa ecosystem 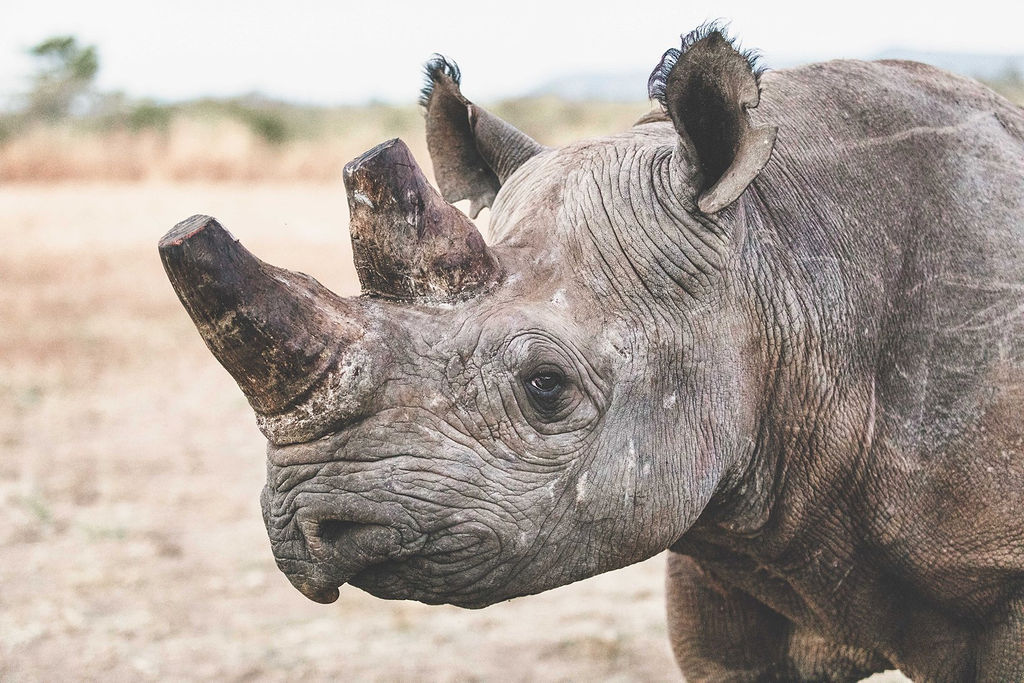 Black rhino (five subspecies) are classified by the IUCN as Critically Endangered,meaning they “face an extremely high risk of extinction in the wild”. Under intense pressure from poaching and habitat loss, this critically endangered animal is slowly recovering. It is estimated that as of 2019, there were 5000 animals worldwide. The South-Central black rhinos (Dicerosbicornis minor) found in North Luangwa National Park are the only black rhinos in the country and were reestablished, following the declaration of Zambian national extinction in 1998, in four phases (2003-2010).The North Park black rhinos have settled into their new home and are breeding successfully. They are monitored by a special DNPW ranger unit to get regular sightings and update range mapping for their protection, as well as gather valuable data for future population management strategies. One such strategy is based around their reproductive success. Black rhinos can only populate an area based on sufficient rainfall, soil nutrients, fire histories,levels of grass interference, and densities of other large browsers; but if the population outgrows its space, reproduction can rapidly diminish. To maintain positive population growth rates and to reduce harmful habitat damage, black rhinos are ideally managed at densities that allow them to breed. One of the long term goals of NLCP is to maintain a positive growth rate by establishing a founder population in Nsumbu National Park; and FZS has started investing and supporting that area through the Nsumbu Tanganyika Conservation Project.
Loxodonta africana

North Park is home to Zambia’s largest, fastest growing and densest population of this iconic mega-herbivore. While the current population is stable, poaching,conflict and habitat destruction continue to threaten the species worldwide.

The presence of African elephants helps to maintain habitats for many other species– they are the heavy plant machinery of the wildlife world, shaping habitats by knocking down trees, opening up vegetation, flattening great swathes of grassland, an maintaining water points with their wallowing and digging.

The NLCP constantly monitors vulnerable herds in remote locations across the North Luangwa ecosystem using tracking collars to aid in conservation decisions regarding their protection and human-wildlife conflict.

Classified by IUCN as ‘Vulnerable’, this species thrives in North Park, highlighting its importance in lion conservation, which has one of the biggest lion populations in the region. With lions in decline due to habitat loss and human-wildlife conflict, there are only around 30,000 estimated worldwide. Lions are the most social of the cats, with females remaining together in familial prides, and males forming coalitions competing for tenure over prides. The average pride size(including males and females) is four to six adults; prides generally break into smaller groups when hunting. Lions tend to live at higher densities than most other felids, but with a wide variation from 1.5 adults per 100km².

With populations in decline, the African Wild Dog, like the black rhino, is one of the world’s most endangered land mammals. As they live in widely distributed, fragmented populations throughout the grasslands, savannas and open areas of Africa, this has made them particularly vulnerable to accidental and targeted killings by humans; viral diseases like rabies and distemper; habitat loss; and competition with larger predators such as lions. Conflicts occur when wild dogs come in contact with people whose livelihoods rely on livestock and agriculture. However, this species seems to be flourishing in the Luangwa Valley with healthy populations being recorded. Packs are regularly seen in all areas of the North Park, and are known to disperse from as far away as South Luangwa National Park – highlighting again the importance of the vastness and connectivity of the Valley.

To react to the increasing threat to both rhino and elephant across the continent, NLCP has established the Rhino and Elephant Protection Unit (REPU) - a rapid response team that dominates the core of the park and targets the poaching hot-spot areas of the ecosystem. The REPU is the most highly trained unit in the region and there is strong competition to join the unit. The REPU works closely with the DNPW Intelligence and Investigations Units to combat the rise of well-organized wildlife criminals in the region.

The Wildlife Crime Canine Unit
In 2015, the North Luangwa Canine Unit was established, with great success. The use of dogs in anti-poaching and law-enforcement has an increasingly proven track record of success across Africa. Wildlife crime detection dogs operating with the Intelligence and Investigations Units acts as a major deterrent and greatly improve efficiency. The dogs are currently trained to find 14 different scents ranging from elephant ivory and rhino horn to endangered timber and firearms.

The K9 unit has been very effective in contraband detection
K9 training excercises
Scouts are supported with equipment and regular in field traning
Scouts are ready for instant deployment on report of illegal activity
The REPU unit on a training run with Shungu, a new resident Rhino
< back to top
Photo credits: Mana Meadows
studying BEHAVIORs to care and protect

Primary focus is placed on upholding integrity, management and monitoring of protected areas, to safeguard the species and ecosystems, and ensuring the status of priority conservation areas is maintained or even improved where there is such potential by conducting detailed and regular transects; ecological surveys; and using tracking devices and camera traps. The analysis of this data is used to shape future management decisions surrounding the health of the ecosystem and for the communities that rely on the resources

Rhino horns are fitted with radio transmitters
While being fitted with transmitters, vets conduct animal health checks and take blood samples for testing
Communications radio tower maintenance.
Ariel surveillance can aid in quick responses to animal threats or injuries
Animal positions are regularly monitored
< back to top
You can help today
For a world where wildlife and wild lands are cherished and sustainably protected for their future generations please consider donating to the North Luangwa Conservation Programme
DONATE NOW 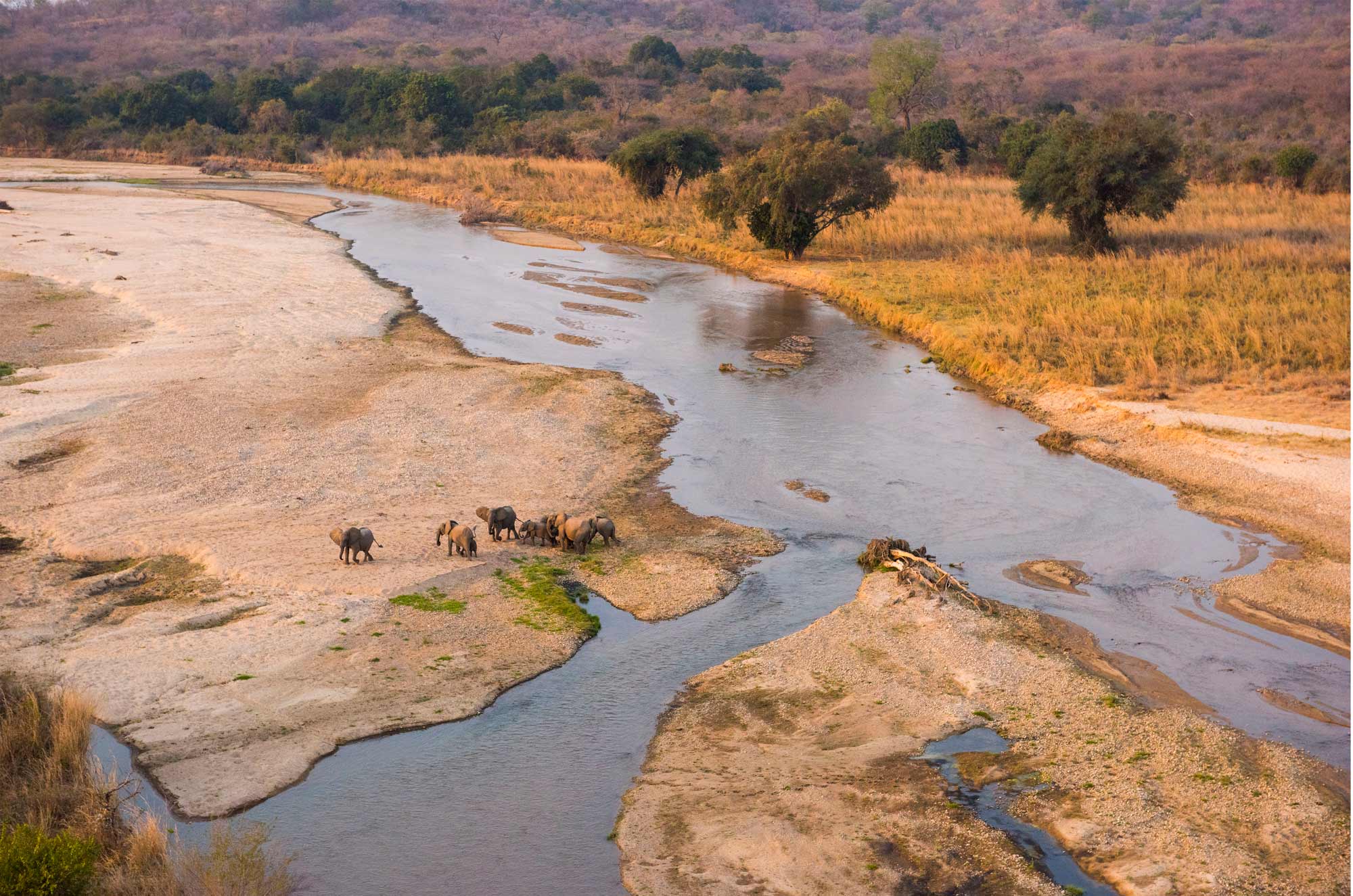